I don't want to get my hopes up too too much BUT, we might be getting our family car a lot sooner than we thought!!! EEEKKK!!!!!

I am so excited but I have to remain calm and cool.  So remember I blogged my disappointment about the car buying process in Costa Rica.  It basically sucks.  So we went to look at a car we thought we wanted... knew we wanted as it was in our price range meaning we could afford the monthly payments and it fit our entire family with a little room to spare.  That turned out awful.  We didn't go as prepared as we thought we were so we did not get to buy the car.  Yes, I was a baby and I cried.

Fast forward to now and we are about to get an even better car,  in a matter of weeks.  OMG I am too stoked.  So the car we are about to get is a 2017 Toyota Avanza.  It is very similar in class to the Suzuki Ertiga as that they are both considered compact MPVs (multipurpose vehicles).  They both look like a cross between a compact mini van and a compact SUV.  The Avanza is slightly roomier than the Ertiga and has a slightly bigger trunk space.  It also has a slightly more powerful motor but still remains fuel efficient.  They are both 7 passenger vehicles and are considered safe for families, which was the most important.

They are both marketed to families with small kids who are looking for compact cars with more space but are more economical and affordable.  But we all love the Avanza a lot more than the Ertiga.  The body style looks to me more like an SUV than the Ertiga.  And because it is a Toyota we feel a little more comfortable about the maintenance.

I am so excited I can barely contain myself.  But I don't want what happened to us the last time to happen again, so I am still being cautious.  Updates to come.

It's party time again!!  I am super excited.  And a little bit sad.  My baby, my last child, will be turning three years old this month.  The 29th of August to be exact and it is a truly bittersweet moment.  I always knew this day would come and it brings so much joy to my soul yet tears to my eyes to see my baby boy grow up.

Enough setimenta (LOL).  Lets get to the party planning.  I am planning a nice little birthday party for my munchkin, a Cowboy Western themed party and I am super excited to see it all come together.  Of course I got a ton of ideas online.  And of course I am getting out my glue gun and my scissors 'cuz it's DIY time.  I love DIYing decor and the like for my kids' parties.  not only is it fun but it saves money too.  And because I am not trying to be all extra, I keep my DIY decorations on the simple side so they are super easy to do.

For the decor, we are keeping it simple with a red, blue and brown color scheme.  My Hubby made 2 wanted posters of the birthday boy to go along with the Western theme.  And the invitations came out so super cute with the "You Are Wanted" at the top.  Because as we all know, the invite sets the tone for your party.

We have sheriff badges for the kids, gold coins and handcuffs for prizes.  A few horses for table decor and some cute cowboy boot cup centerpieces.  I cannot wait to see it all come together.  We even got the birthday boy a cowboy hat to wear on his special day.  He looks so darn cute in it.  He'll be a hit at the party.

When it comes to parties, I like to keep things simple but I love adding special touches to set my parties apart from the norm.  I want my kids to feel special on their day but also for my guests to feel welcomed and have a ton of fun.  And I love bringing a theme to life to make people feel like I have transported them to that specific era or place in time.  Whether it be by adding small touches here and there like wanted posters, butcher block paper, or cowboy boot centerpieces, I know it will be a rootin' tootin' good 'ole time. 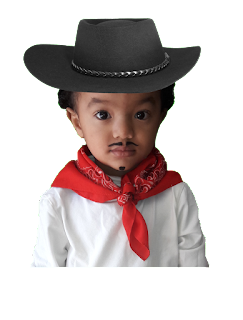 Getting Rid Of Baby Stuff AGAIN!!

I hate to jinx myself and that is why it always takes me such a long time to get rid of all my baby gear.  But I figure it is about time since my baby will be turning 3 years old this month *sigh*.

Here we go again.  Another one grows up.  And it's so funny because I was pretty much done with having kids at baby number three and yet here we are with my 4th baby about to turn into a pre-schooler.  How the time does fly and fly and fly away.

So I am a tad bit superstitious and hate to think it.  But I am at the mid-set that as soon as I get rid of all my baby items (the high chair, the crib, the swing, the bouncy chair, etcetera), I am going to BOOM! Get pregnant again.  EVEN THOUGH I AM DONE with having babies.  I want no more kids.  But God always has other plans.  I just hope another child is not in the works for our already enormous family.  I am happy with 4 kids.  It took some adjusting but I have finally adjusted to being the mom of four and I could not be happier.  NO MORE CHILDREN.

So why am I so terrified to get rid of all the baby stuff???  No longer.  I have listed the last of it on Craigslist and am anxiously awaiting the phone calls.  Please random strangers come and buy my leftover baby items.  I will free up a lot of space in my house and make some money all at the same time.  Win Win!  But at the back of my mind I still wonder.  God forbid I sell it all and then "surprise, baby number 5!!!"  I would literally keel over and die.

I am happy my last baby (please be  my last baby) is growing up.  I have loved being a much needed mommy again to a baby and then toddler.  I like it even better being a mommy of a growing preschooler as my other three kids are off at school most of the day.  It feels nice having a little one around to keep me company.  And I love that I still have another 2 more years before I have a (semi) empty nest for real.  But I also look forward to what that day holds and what that time of our lives will be like.  Will I want another kid?  I HIGHLY doubt it.  This body is done having babies.  The baby making factory is CLOSED!  But I still cling to my baby all the same, no matter that he's almost 3 years old and pretty much a man at this point.

So off with the remnants of the rest of the baby stuff so I can let go and finally move on.  I hope!
Posted by Rina at 4:58 PM No comments:

There is something about getting a new piece of furniture that just makes a room or space feel fresh and alive again.  A few days ago, we finally got a new couch, a much needed new couch as our old one was basically on it's way out to the garbage.  After almost 6 years and 4 kids, the old couch just died.  A slow death but a death all the same.

Now let me just tell you about the NEW couch.  It's not just ANY couch, but a SECTIONAL couch... a REALLY nice sectional L shaped couch that we have wanted for a LOOOOOONG time.  It's the style and type we have been meaning to buy and just never got around to it until recently.  And we didn't even have to buy it; my wonderful father in law saw the state our old couch was in and bought us our new couch as a gift.  How nice, right!!!

We had looked online at the various styles of sectionals we thought we would like in our living room that would fit the space nicely and even poked around a few local furniture stores to scout out prices.  But the one we got was just by accident, I guess.

My father in law had gotten us a sectional that was not what we were wanting.  It was a weird shaped couch that kind of formed a semi circle and was really uncomfortable to sit on.  Not to mention the shape of the couch forced us to sit knees in which meant not enough room for everyone.  We are  family of 6 after all.  After talking a bit with my father in law, we went the very next day to change the couch for one we really wanted.  The owner of the shop was really understanding and after looking around for about 30 seconds, we found our couch.  Lucky for us he happened to have a couch in the exact style we were looking for.

I cannot tell you how much nicer our living area looks.  It makes the space look so sleek and modern, so spacious and comfortable.  And so elegant and beautiful.  The new couch gave me the energy I needed to reorganize and redecorate the space, and not just the living room but the entire house.  All I want to do now is shop for accents and accessories that will coordinate better in our living room to go along with our new couch.

Can a new piece of furniture give you a new outlook on how you live your life?  On how you live in your home?  Well, I sure do think so. 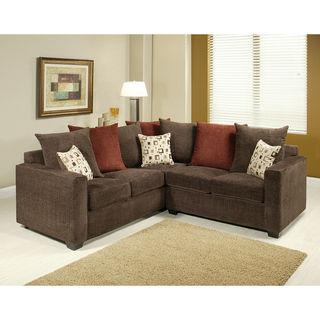 This is just a random google photo of a couch that looks very similar in style, shape and size to the couch we bought.  Our couch has more of a modern touch but pretty similar in it's design.