A Fun Day Out

I am anxiously awaiting Christmas, as most people are.  As bittersweet as it is for me to acknowledge that the most wonderful time of the year i about to be over, I still cannot wait for the day to come.  To change focus just a bit and shift my attention to something other than Christmas, we decided to take the kids to a new park we'd never been to. It was a blast.  It got us out of the house but away from the hustle and bustle of last minute shoppers. 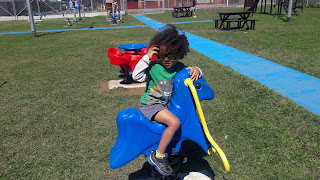 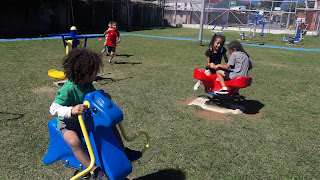 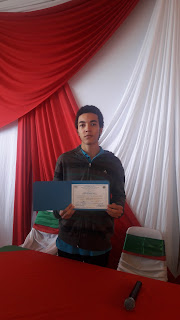 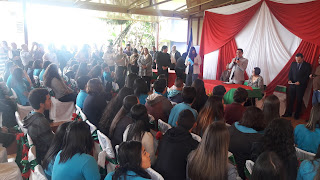 It has been a long time coming but it finally came.  My son graduated the 9th grade and I could not be more proud.  Here in Costa Rica, passing the 9th grade is a big deal and to celebrate this momentous achievement, the kids get to partake in a ceremony honoring them and their accomplishments. For my son, it meant more than just receiving a certificate.  It meant two failed years of school, hard lessons learned and working the hardest he had ever worked in his high school career.

School isn't easy for everyone and my son struggled for years.  He failed the 6th and the 7th grade.  It took him having to repeat the 7th grade for him to finally buckle down, take school seriously and become a studious child.  Putting school first meant turing off the cell phone and the video games when it came time to study for exams.  It meant making time to complete extra credit homework.  It meant paying attention in class.  And when it came time to do these things, he did them without any nagging or prompting from me.  To say I am proud is an understatement.  I have been waiting for his moment of maturity for years.

So he matured and became the student I knew he could be.  Even he is proud of all he was able to achieve this year.  Knowing it was going to be a hard year and knowing how important it was to pass, he took the bull by the horns and accomplished his goals.

He may not be a straight A student.  That is not what is important.  What is important is that he worked hard and did his best and his best was him graduating onto the 10th grade.  Way to go!!!
Posted by Rina at 10:58 PM No comments:

The End Of An Era

I was literally in tears as my baby boy graduated from his playgroup's early stimulation class at the library.  The kids were all dressed in their Sunday best and there was music and a story time to entertain the families as well as keep the kids' attentions.   A couple of the kids even got in on the act themselves with their own performances.  It was the most memorable day.

The graduation ceremony was held on Monday, December 4th at 11:30 am. 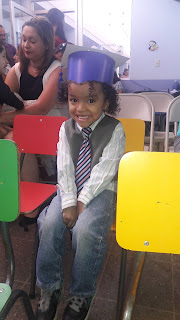 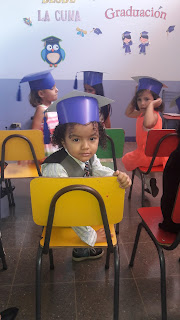 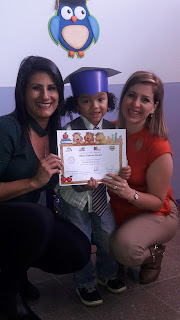 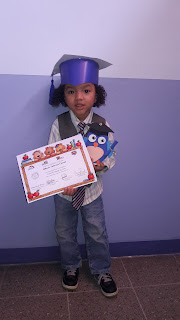 Now, even though it was a joyous occasion, it made me very sad to know that I will no longer be apart of the program.  My last child, my 4 year old, is off to preschool next year and that means the end of the an era.  He was my third child to participate in this program.  My two middle kids were also in the library's early stimulation program when they were little.  I had literally been involved in the program for about 8 years.  My little man started when he was just 6 months old and at 4 years old, he was leaving the program forever.

I love the playgroup at the library.  It has proven to be so beneficial for my kids.  It taught them how to socialize and how to participate in a group setting, among other things.  They learned so much being apart of that program, things that would eventually prove to be useful in preparation for starting school.

Although my little one and I went just once a week to the library, it was one day we both looked forward to.  At the library, it wasn't just the program that captured our hearts, it was the staff as well.  And it didn't hurt that we had the opportunity to rent books that we would get to read at home.  I will miss the program a lot, but I still plan to take the kids to the library as often as I can.  And there are other activities we can participate in as well.  It won't be the same but at least it will keep us close to a place we have come to love for so many years. 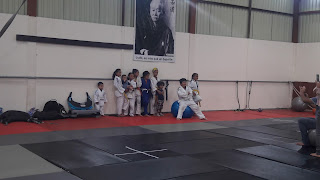 On the 9th of December, just before each family takes a break to celebrate the holiday season, the kids got a chance to celebrate with their friends at the dojo.  With pizza, cupcakes, ice-cream and candy, it was truly a wonderful Judo afternoon.

The kids played games and enjoyed a few hours of chill time with lots of delicious goodies.  It wasn't a fancy party, but it was a day they will never forget.
Posted by Rina at 10:14 PM No comments:

We found it!  And even though I was resourceful and made my own, I was very happy to find the traditional chocolate countdown we loved so much last year. 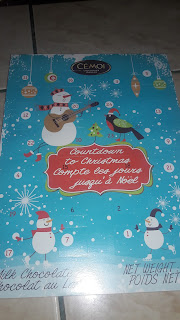 It's been wonderful having two countdowns to Christmas this year.  It means that each kid gets to choose not only a day, but also their treat.  I am so glad this has become a tradition we can carry on for years to come.
Posted by Rina at 10:07 PM No comments: 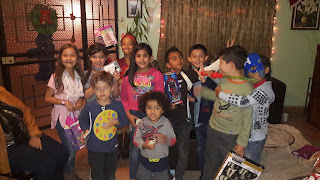 It's the start of celebrations all month long as we kicked off the 1st day in December with a secret Santa gift exchange and white elephant game.  My friend's  and our kids had a blast and I have to say it was a great way to start the month off.  I look forward to more celebrations and festivities to come.