I have a 19 year old.  My oldest son turned 19 years old on March 28 and it is still unreal to me that I could have a kid that OLD!  But I do and I am amazed by it.  He is an incredible kid.  Or should I say, adult.  That's going to get some getting used to.  He is technically an adult, but he will forever be my KID, my first born, my baby.  Happy Birthday young man, I am so proud of you and look forward to what the future has in store for you. 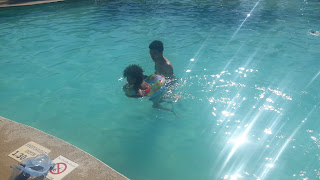 Easter is coming... late this year.  But that's a good thing.  It's funny to me how the actual day of Easter can vary from one month to the next depending on the year.  Some years, Easter is in March and other years it can fall in April.  Last year, I think Easter was on April Fool's Day, which was fun and left room for a few fun tricks and pranks to be had with Easter baskets and egg hunts.  This year, Easter is smack dab in the middle of April, which gave me plenty of time to shop for filler basket items. I am all ready for Easter and have the kid's baskets already filled and ready to go.

Celebrating Differences And All About The Family

Like I said, my five year old is enjoying his kindergarten years and making the most of his time in 'play' school before he heads off to 'real' school.  Almost everyday when asked, "so, what did you do today?"  His answer is usually the same: "I played."  Playing is an integral part of how kids learn and learning through play is the best way to teach young minds.

Also, as part of being in school, kids learn about themselves and about others.  Mainly, how they are different yet somehow the same.  Last week, the kids celebrated Down Syndrome Awareness Day by learning about differences.  To teach them about such a sensitive subject in a light-hearted way, kids were asked to wear two different socks on their feet.  Learning about differences and how kids with Down Syndrome are different because they have a disability but, somehow, how they are also the same because they are still just people like the rest of us.  Different colored socks are different colors but they are still socks.  It's a genius way to get kids to be aware at such a young age and get the conversation going about treating everyone the same, with respect.

Kids are also learning about themselves and where they fit into the world, starting with their place in their family. So in kindergarten, the kids had to make a photo album with pictures of themselves at different stages in life so far as well as pictures of family members.  It was a way for them to understand their roles in the world, the role they play inside their family unit both immediate and extended. 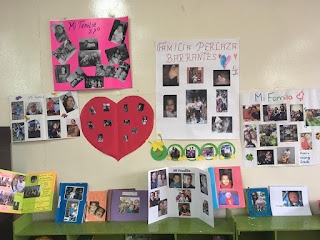 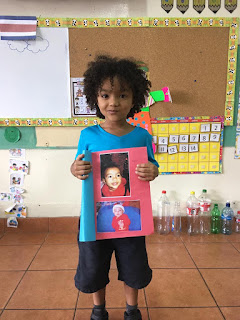 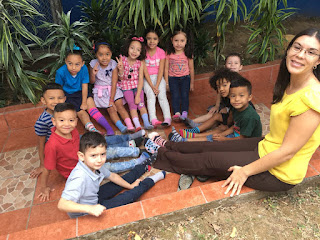 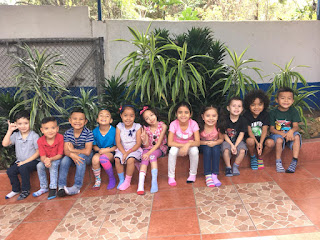 Doing The Most In Kindergarten

Kindergarten is supposed to be fun.  It's also supposed to prepare young minds for 'real' school.  In kinder, kids learn structure and how to behave in a classroom group setting.  It also teaches the basics like how to write your name and how to recognize colors and numbers.  And even teaches the basic concept of 'homework'.  but the part my 5 year old loves the most about school is the fun parts.  He loves to paint and color and make crafts and play.  And because kindergarten is less structured than "real" school, he enjoys the relaxed vibe.  I appreciate that kindergarten is an essential part of kids growing up but allows them to still be kids. 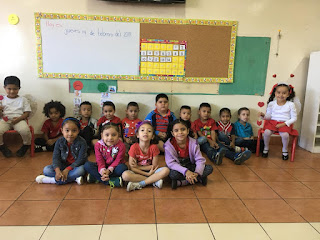 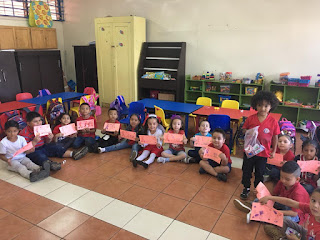 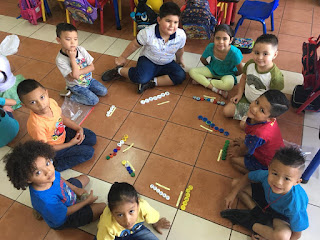 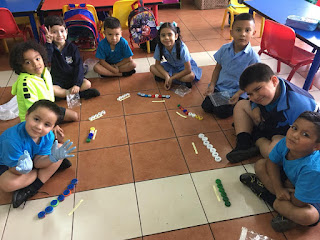 Making The Most Of A Sad Situation

I attended my grandmother's funeral and it was as I expected it would be, devastating. I had the most difficult time saying goodbye and coming to terms with her death.  But life goes on and I can now try to move on and come to peace with the reality of the situation. My grandmother is gone but hopefully, in a better place, watching over us in the afterlife.

Although my trip to Boston was for a despondent reason, I was able to make the most of my super quick trip.  I arrived in Boston on Wednesday night, March 6th and was back home in Costa Rica by 12:30pm Saturday, March 9th.  Although I only had 2 days, I was able to enjoy time with family before, at and after the funeral.  I was able to see family I had not seen in about 30 years or more and reminisce with family friends that had known me from infancy.

To make the most of my time, I took one entire day for shopping, where I hit up the Dollar Tree, Target and Price-right (a local supermarket).  I even had dinner at P F Changs, where I got to spend quality time with my older sister.  It was an amazing trip, despite the circumstance.  And I brought back a lot of super yummy goodies, including my beloved Dunkin Donuts, Cheezeits and Funyuns.  But as amazing as my time was in Boston, I was ready to get back home to my family and warmer weather.
Posted by Rina at 2:13 PM No comments:

Losing A Loved One

My heart is broken and I am at a loss of words, writing this will be hard and I have no idea how to start.  My grandmother died February 23rd in her sleep and I am saddened beyond belief.  She was literally like a second mother to me, there for me since the day I was born until the very end.

She was one of a kind, my grandmother, living life on her own terms no matter the consequence.  She spoke her truth, told no lies and was very much a woman of her time.  She was our rock and the foundation that our family stood on.  Because of her, we all have lives we can be proud of.  Because of her hard work and sacrifice, we can live the life we choose to live.  Because of her, I have so much to be thankful for.

She was the epitome of a matriarch.  She lived for everyone else until they could live for themselves and even then, she found it hard to let us all go.  I have to be honest in saying she was sometimes very difficult to deal with.  Most of the time she was pleasant, but the other times when she wasn't, she could be downright rude and brash and uncaring. But she always had our backs.  She would never let any of us, her children or grandchildren, suffer.  If you found yourself in trouble or needing a handout, she was the one to call.

Now thinking of life without her just seems unreal.  We all knew the day would come when we would lose our great Mama.  She was 90 years old after all, and not all that healthy. Pills kept her alive and she was surviving from one day to the next just waiting for that day to come.  But we never thought it would come so soon, especially since we just celebrated her life a few months ago at a 90th birthday bash.

Although I am still in disbelief, I know once I am at the funeral, it will all be too real and I won't know how to grasp it all.  A world without Mama is a world I just don't understand.  I pray she is in a better place, that all too familiar smile on her face resting in peace at last.
Posted by Rina at 9:19 PM No comments: