An Impromptu Day Out/Saturday At The Amusement Park

So it was quite the surprise when we headed to the amusement park last Saturday for a day out.  It certainly was something different to do on a weekend.  And it was absolutely perfect.  The day was beautiful, warm and sunny.  The park was far from crowded and there were barely any lines, some rides had no lines at all.

Now, I would not normally just plan a day to the amusement park for no reason.  The reason for our out of the ordinary Saturday activity was because my daughter was gifted a free pass to the park for a job well done in a math club. Armed with one free pass, all I had to do was pay for my 5 year old to accompany us on our adventure (sadly my 10 year old was not feeling well that day so he stayed home).  To be honest, at first, I was not really looking forward to going to the amusement park but I ended up having the best day with the kids.  We spent about 4 hours at the park soaking up the sun and riding all the fun rides (my kids, not me).  It totally changed my mindset and now I'll think about heading to the park once in awhile out of the blue just for kicks in the off season. 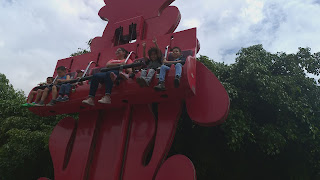 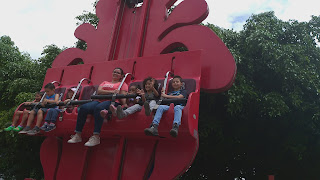 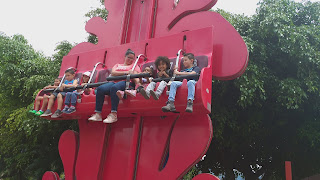 Having A Sick Kid At Home

As parents, we hate it when our kids get sick.  We hate it even more when they are little and they get sick because they just look so helpless and more often than not, there isn't much we can do but let the sickness run it's course.  That is, if it's not life threatening and doesn't require a hospital visit.

This past weekend, my youngest baby, my 5 year old got sick.  Not gravely ill, but sick enough to spend his entire Saturday in bed and most of Sunday on the couch recovering from a fever, sensitive itchy eyes and a terrible cough.  The school had sent home a notice advising parents of a virus going around and if kids exhibited symptoms to rush them to the clinic for testing.  I was worried and looked for signs of the virus.  But thankfully all he had was the fever and the couch.  Nothing more serious to send me crying for help to the ER.

Due to him being sick all weekend, looking a bit pallid and not eating much, I decided to keep him home from school Monday.  He still had a lowgrade fever even though he was almost back to his old self.  But I didn't want to risk sending him to shcool less than 24 hours after being sick.  After all, my baby's health comes first.  Besides he can miss a few days of Kindergarten.

Monday night, I was fully prepared to send him back to school Tuesday, but one look at his face Tuesday morning and a palm to his forehead told me he was not ready.  Better to be safe than worried.  So here I am again, day 2 at home with my munchkin.  Thankfully he's not lying in bed sick, not wanting to eat or drink like he was on the weekend. He's eating, he's up playing and watching TV.  His eyes aren't as sensitive  as before and he seems in good spirits.  I'm really hoping he's well enough to go back to school on Wednesday or I might just have to head to the clinic after all.  Until then, I'll nurse and baby him with some medicine and lots of hugs.  After all, nothing makes a child feel better than the love of a mother.  Am I right?
Posted by Rina at 9:00 AM No comments:

Sunday, May 12 was Mother's Day and I took the opportunity to celebrate and treat myself to the fullest.  I kept the celebration simple and low-key but I went a little overboard on the treats since it was my day after all.  I had a wonderful time and ate a lot of good (and not so good) food.  But it was all in good fun and it was all so worth it.  I wish I had remembered to snap a pic of my day but I was in the moment.  Luckily for me, since I live in Costa Rica, I get to celebrate Mother's Day twice.  Hoping to capture the day when Mother's Day  Costa Rica rolls around in August. 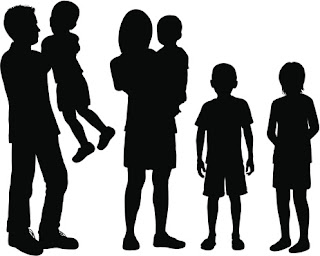 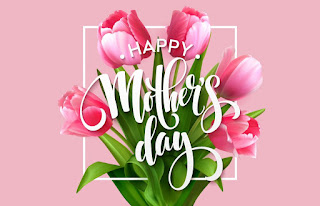 The final stages of high school has begun for my eldest son, who has finally made it to his senior year after a rough few years.  And with senior year comes a few senior activities, a few rites of passage if you will.  The first FUN official senior activity was the senior team building retreat, where at the end parents were encouraged to show up and show support for their seniors.  It was emotional and brought me right back to my days as a senior in high school.  My son and I have  few more senior related activities on the horizon and I encourage him to embrace them all.  After all, you only go through high school once and then you have have to grow up and become an adult. 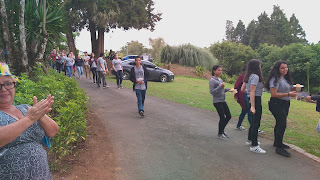