How do you know for certain that the holiday season has officially ended in Costa Rica? Well, for one thing, once the Zapote Fiestas is over, you can tell for sure.

Zapote is a town in San Jose and every year they have one of the BIGGEST 'fiestas' during the Christmas season. It runs for about 2 weeks, starting Christmas Day and ending just after New Years. It kicks off with a parade and each night, the main attraction is the arena where they have the 'running of the bulls'.

Not really running with the bulls like in Spain... more like running AWAY from the bulls. So many brave (or stupid) people get in the ring with the bulls and try to provoke them into chasing them. They try to touch them too, which I think can garner you some cash if you do. Many many people get hurt and I can venture some may have even died from this dangerous sport, but it is one of the main attractions that draws hundreds of people every year.

Zapote fiestas also has the typical carnival atmosphere and feel, with rides, games, food and entertainment. I always get some 'fried dough" when I go. They also have candied apples, cotton candy, fried chicken and other not so good for you fare to scarf down while waiting in between rides.

This year hubby and I squeezed in some time on the very last day to enjoy the fair, without kids. We were only able to go on 3 rides (together), but we were there for over an hour... go figure. It was nice getting out with him, as couple, even for that short period of time. We had a blast and I look forward to it next year. 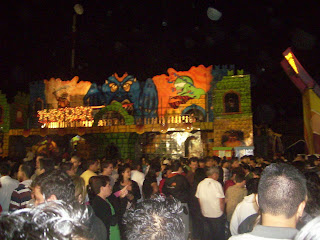 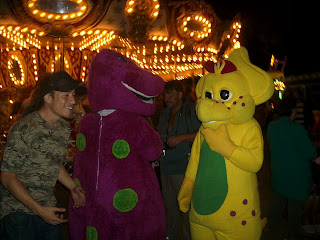 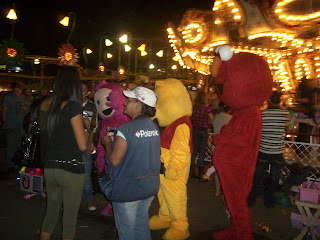 Popular Tv characters to draw kids in... take a photo with them for a small fee. This was a tame ride. 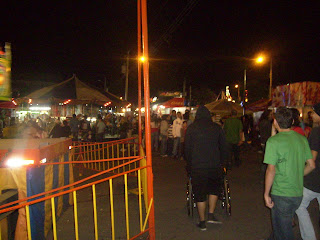 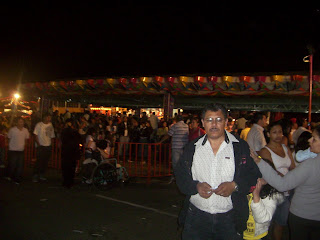 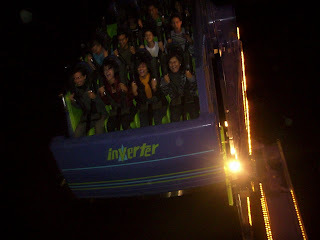 This ride was pretty damn good! 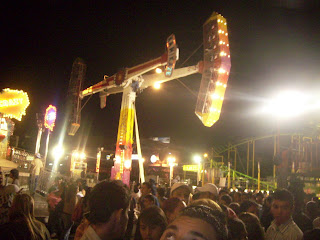 Wanted to test this ride out, but just didn't feel the need. 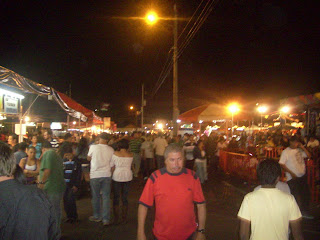 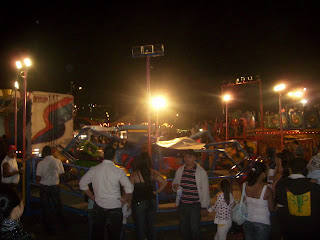 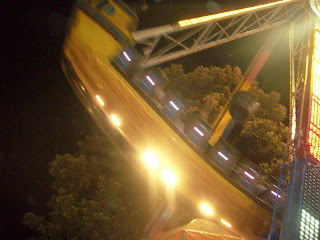 The ship... my favorite ride that night at Zapote. Hubby, A and myself thoroughly enjoyed this ride. 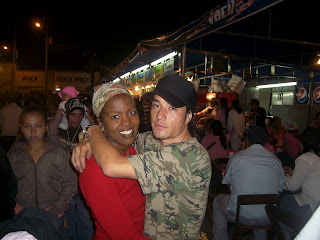 Feeling the love at Zapote.
Posted by Rina at 7:45 PM